In early 2018, the City of West Richland embarked on a public process to formally accept portions of the 33’ right of way reservations contained in the federal land patents for lots located in Sections 6 & 8, Township 9 North, Range 28 East, Willamette Meridian, within West Richland’s city limits, commonly referred to as Willamette Heights Sections 6 & 8.  This culminated with passage of Ord. No. 10-20 by the City on March 17, 2020.  As a result of litigation challenging the City’s actions, the City delayed adopting a formal policy regarding the matter.  The litigation has now been resolved by a d 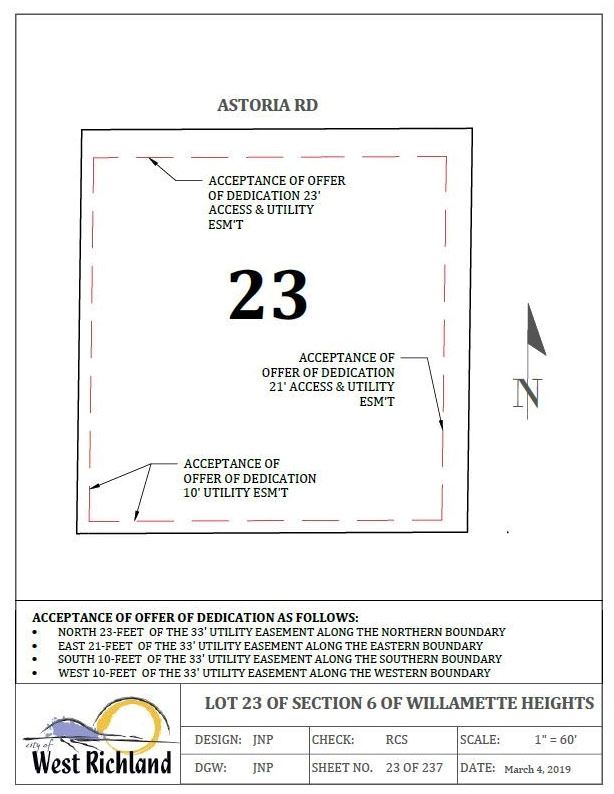 ecision of the United States Federal Court for the Eastern District of Washington in a ruling issued January 26, 2022, which sustained the City’s actions.  The trial court’s decision was affirmed by the Ninth Circuit Court of Appeals on September 22, 2022.

The City now establishes this policy statement to help provide clarity to its residents and other interested persons regarding practical effects of the City’s actions.